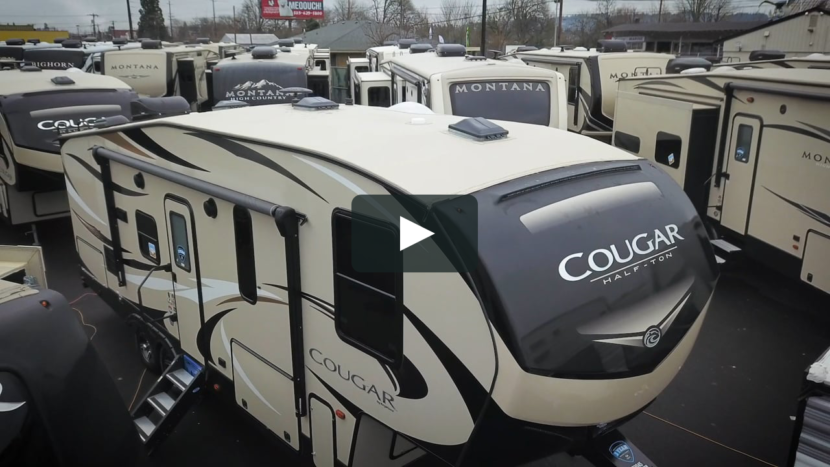 As I listen to expert epidemiologists explain the structure of the pandemic and anticipate the devastating shortages that might come next, my gut says that our “system” (President, politicians, healthcare industry, manufacturers, supply chain pros, and pretty much everyone else) are still afraid to use their imagination.

We know that COVID threatens to overwhelm our medical system if we don’t “flatten the curve”. We will quickly run out of places, goods and services to deliver adequate care. If the system collapses and we end up like Italy, the impact on society and economy will be devastating. Financial losses in the $Trillions seem inevitable.

One would hope that everyone is pulling out every stop to find a solution. Given the stakes, money be damned.

Yet, we seem to be struggling to get even minimal, let alone mass-volume, testing in place. There are frequent anecdotal reports of hospitals looking at their room, bed and ventilator inventory with despair. I don’t want to generalize over much … and every product and service is different, but I suspect there are two factors at play that may be endemic to most modern supply chains:

Modern supply chains are optimized to the point of becoming fragile – When companies establish supply chains, they seek high quality, low price and reliable delivery … from all over the world. Getting that right demands meticulous attention to detail and careful balancing and tuning of every step in the chain. That ‘Ferrari’ performance level carries a hidden price. Any major unforeseen problem or break puts inordinate stress on the entire chain. Lately, a supply chain management sub-discipline has emerged that looks for ways to “harden” and “toughen” the system. Nonetheless, super-efficient supply chains are fragile when big disruptions (e.g. a huge demand spike) occurs.

Many jobs in the supply chain require people to mainly say “no”. Consider the mindset normally required to establish and fine-tune a super efficient supply chain. Managers in all companies, at all levels must be very picky about who gets to play and how stuff is made and shipped. For every chosen supplier or shipper, there may be dozens that are evaluated and rejected. At least for a while, new vendors are pestered with standards, audits and inspections. The overall mindset is to “be careful” and “first do no harm” until reliable delivery at the negotiated volume, price and delivery is conclusively proven.

When we try to transition from normal supply chain behavior to a crisis supply chain, these factors become roadblocks. If existing supply relationships are fragile and easily broken, everyone’s first instinct is to stop and study and negotiate … exactly the opposite of the real imperative … which is to scramble, fix and move on.

I offer three examples to illustrate how we might throw off our mental shackles and really let er rip!

Why not buy ready–made “mini-hospital rooms” for quarantine and non-intensive care? According to The Wandering RV, there are more than 7000 Recreational Vehicle Dealerships in the US and most of their lots look like these images. If each dealer contributed 20 vehicles, that’s 140,000 quarantine rooms and beds right there,

Let’s rent them at $250 per day. That’s might be high for the market, but it’s “only” $1 Billion per month. From January through mid-March, the global stock markets lost roughly $20 Trillion. If beating COVID could turn the tide and assist the markets to rebound, the RV rentals would be recovered in 30 sec of market action.

For more vehicles, I figure that college basketball and football tailgating won’t be a thing this year. Let’s rent personal RVs for $200/day. The price is lower because they’re “used” … but its a lot better than they could get on AirBnB. We give the owner a generous “cleaning fee” when the units are returned. Each contributor gets a diploma and a badge they can put on the outside of their RV … something distinctive … with prominent stars and stripes.

Setting all of these RV’s in place and organizing the health care to support them is not a minor task, but I’m confident that imagination can handle that problem:

The hospital now has 50 new rooms with beds, heating/AC, TV/internet, cooking facilities and 8 ft of open air separation between each “room”. With a little ingenuity, we can probably install simple medical instrumentation via the patients’ cell phones. In 2 or 3 weeks, an aggressive team could set up thousands of these rooms across the country. The standard rental contract could be one page with a daily rate. All disputes will negotiated or settled through an arbitrator down the road.

Imagination 2 – Eye on the Prize

By now, most people have seen video of the Chinese building a huge hospital in 10 days. If you missed it, the sped-up YouTube is only a minute long.

With a bit of Googling, I discovered that “instant buildings” are a bit of a thing. Folks have been pioneering techniques for this for a while:

What you may not know is that there was a competition in the US around 2005 to 2008 to set the Guinness World Record for fastest house construction. The following example from 2008 shows Habitat for Humanity building a home from concrete slab to finished landscaping in less than 4 hours. Another example occurred in Tyler, Texas in 2005.

The principles the Chinese used are similar to the methods of the World Record seekers:

The Chinese seemed to re-purpose shipping containers for their hospital. That’s a big time saver and there are tons of unused containers in the US … with plenty of trucks to haul them to rework sites. Plus, if we made these “modular hospital rooms”, we can keep them for another crisis sometime. Just sayin.

So let’s “enlist” the top design engineers and site managers from 3 or 6 top firms … at least one hospital builders, but others as well.

Give them the budget to start building a hospital with shipping containers as fast as they can figure out how to do it. If we were smart, we would hire the Chinese engineering company as consultants. Don’t worry about building something to last 20 years, but maybe worry a little bit over how to reuse the parts. The Chinese are already dismantling their hospital to get ready for a future need.

If we could get something (anything remotely reasonable) built in 3 or 4 weeks, we can bottle it, clone it and do it again. If this version’s not perfect, the next one will be better..

Imagination 3 – Grab your Partner and Dosey Do

Over the past few decades, America’s native manufacturing capacity has been significantly eroded. It’s not just that companies and factories have closed … entire industries have moved to the other end of some distant global supply chain. If we need something made fast we may not have the capacity. We need to partner with a country that can quickly ramp up to meet our needs. That means it must (at least largely) share our urgent priorities.

I suggest: Mexico … specifically the “el Baijo” region in the center of the country. Mexico is just starting to face its own “flatten the curve” imperative and at least one locality is arguably ahead of a lot of Amercian ones.

They’re ready to set this up in a Mexican state that barely has its first confirmed case. If you read government publications in Mexico (Spanish helps), they fully understand the “flatten the curve” concept and they’ve been preparing for weeks.

I don’t know where this inflatable building is made, but unlike the US, el Baijo has a vibrant manufacturing industry – including apparel and shoe manufacturers and other skills America has nearly totally lost. How long would it take a Mexican factory to retool to make those inflatable structures if they were given a good design and sufficient funds? I’m guessing days.

This post uses hospital rooms as an example, but think about America and Mexico’s looming need for personal protective equipment.

I see a team of US professionals flying into Leon or Queretaro with a $1, 5 or 10 Billion purchasing budget. They focus on retooling existing Mexican production to make the items most urgently needed by both countries (and Canada too).

I think magic could happen.

Does this really take imagination?

I don’t think any of these ideas are that creative. They follow the same formula:

The challenge is for American leaders,  policy makers and supply chain professionals to throw off their established mindset and look outside their normal boundaries. That will be hard, but it has to be done.

The hardest task will be to get US professionals to rethink how they pay for what we need. Now, they carefully negotiate every detail before they commit a dime. For this to succeed, they are going to have to go in with the cash and turn folks loose … but keep the receipts! … which raises one final thought.

When we set up our customary, finely crafted supply chains, the suppliers and middle-men have plenty of time try to build in some fat. It’s a continual game to keep it from happening.

When you demand that suppliers set up instant factories and make instant deliveries they will be under tremendous pressure to perform and they’ll have far less time to play silly games. Just audit their receipts and expenses when the crisis is over … and let an arbitrator decide.